Spring's in the air 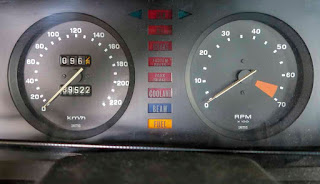 I covered the first few kilometres of the new driving season today! In preparation for next weekend's Nacht van het Oosten I pulled 't Kreng out of her mandatory 3 month hibernation and took her for a short spin this morning. The trip was mainly to check everything was functioning as it should. But before I set of I did some  routine checks on the car. Found nothing wrong, only a few drops of coolant underneath the water pump cover, originating from the connecting tube between water pump and thermostat. But those were expected! I had planned to change the O-rings of this tube (UKC2538) over the past winter, but every time I had time to work on the car (not often) it was either to cold, windy or wet outside. Or any random combination of the three! 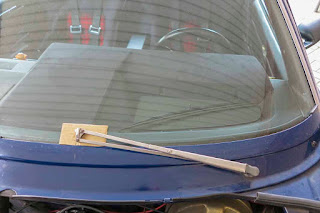 So after refitting the front screen wipers (yes I always remove them when the cars are not used for a longer period) it was time to see if there was any life left in the battery and the engine. I shouldn't have worried, after the fuel system was on pressure (the joys of an electric fuel pump) the engine fired almost immediately. It even settled on something resembling a decent idle. Well pleased with that, especially bearing in mind that the car hadn't been used (and been sitting outside under the carport) for 3½ months. As there were some traces of surface rust on the front and rear discs I decided to start with some gentle country lane miles to give everything a chance to recover from the winter's hibernation! And ones everything was back to normal it really felt good to be out in the car again. Despite fairly heavy traffic it was rather enjoyable, and everything functioned as it should. But the main reason for the drive was to warm up the oil to enable it to drain better from the engine. And to check the extent of the coolant leak. So when I returned home I first removed the oil filter and the drain plug from the sump, after which it was time to inspect the area around the water pump; 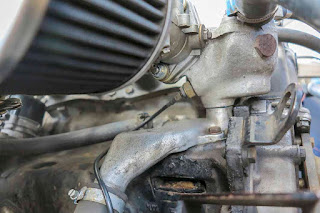 As you can see it looked pretty promising indeed. Even after the engine had cooled down a bit more the area remained dry. So it looks like the leak has been greatly reduced. But I'll keep a close eye on it just in case! 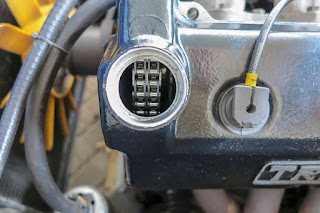 Remained the final job for the day, refitting the sump plug, fitting a new oil filter and topping up the engine with new oil. But first I performed one of my (fairly) regular checks on both my TR7's engines, the condition of the timing chain and tensioner. As there was hardly any movement between the chain and the sprocket it is pretty safe to say that both the timing chain and tensioner are still in good condition. For the eagle eyed, the damage to the spark plug leads was caused by a stone marten many years ago!

Of course something had to go wrong! In this case while fitting the sump plug, the socket wrench I was using slipped from my hand and dropped in the container with the drained oil. At least it had the decency to keep the grip wedged in the corner of the container above the oil level. So that could have been worse. Left me with the last parts of the job, filling a new oil filter with fresh oil and fitting it to the engine and topping the engine up with fresh 20W50 oil. Turned out to be the last oil filter in my stockpile. So will have to order a new batch somewhere this year. 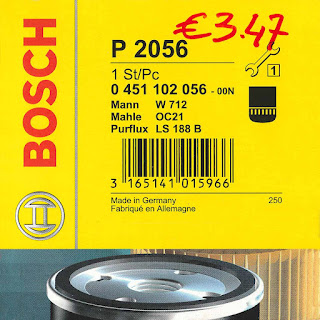